Interchange (2011) was a fortnight of artistic activity along the Grand Union Canal and River Nene with 3 artists, David Littler, Jo Roberts and Simon Woolham, onboard a narrow boat, engaging with the communities we met along the way. Unsurprisingly this interchange of special people created an interchange of special artwork for the people we encountered from Cosgrove to Wadenhoe and back again.

As fate would have it a school that had been running cake sales in order to raise funds for an art workshop coincided with us passing by the very school on our boat, Ebony. The ensuing workshop saw Jo Roberts introduce children to her 1866 Albion Hand Press, Simon Woolham create badges with the pupils, and David Littler threading it all together in his inimitable way, helping children turn drawings into sound.

Events culminated on the Cultural Olympiad Opening Weekend with one of David’s (and later our) frequent collaborators, Jason Singh, treating a narrow boat brimming with members of the public to a truly once-in-a-lifetime sonic experience inside Blisworth Tunnel – the ninth-longest canal tunnel in the world.

As Ebony led the convoy we began our journey in silence. Having already travelled through the tunnel in preparation we knew that the darkness played tricks on you. This time the sound of water dripping, engines turning, imaginations whirring, was replicated by Jason and layered into a building wall of sound that washed over the audience. Jason would create an ethereal sound here, our brains would imagine another one there, all resonating with the natural acoustics of the tunnel.

Approximately 40 minutes later we emerged at Blisworth for daylight and air, before turning the boats around and plunging everyone back into darkness. This journey again started in silence, allowing everyone, Jason in particular, to recalibrate and ponder what had just happened. The pregnant pause was finally punctuated by contrasting spoken word pieces by Simon and Jo, before Simon’s live acoustic rendition of the canal folk song “Low Bridge, Everybody Down” brought us back to Stoke Bruerne.

Rather than chase the audience for feedback, the audience chased us, right into The Boat Inn, where interpretations flowed as easily as the water through the locks (once captain Jim had finally explained to us how it all worked). Some described the experience as emerging from a birth canal, reborn. Another couple later got in touch to say they had indeed conceived their first baby that night.

“It was exciting to have an element of adventure and Jason, who did the visual sound, projected on to the tunnel walls was amazing. The other artists who performed on guitar, poetry and readings from canal books were also very harmonious and creative and I thought they all worked together very beautifully.”

Spending 2 weeks sharing cramped sleeping quarters with the 3 artists, plus Jason, as well as our captain, Marine Consultant and inspirational uncle, Jim Boulton, was a real privilege. The shared experience was the kind that all involved will never forget.

For some artworks you really have to be there. For this one I’m truly grateful that I was.

This project was part of FLOW Northamptonshire, a project organised by Northants County Council as part of the Cultural Olympiad Igniting Ambition Festival funded by Legacy Trust UK, with the support of Arts Council England. 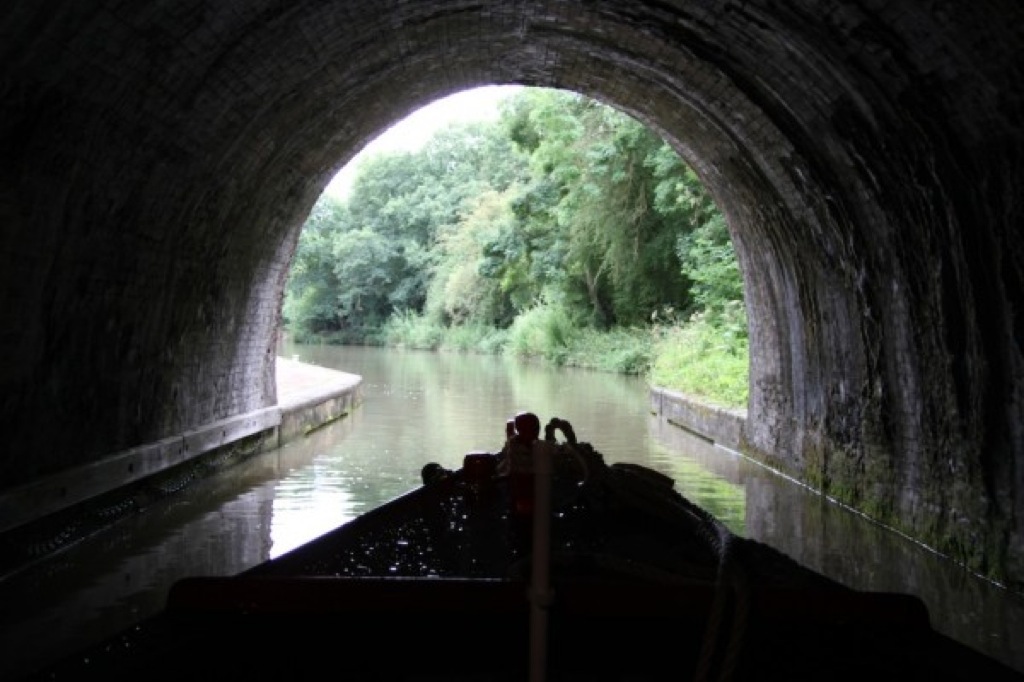