In 2005 Fermynwoods Contemporary Art commissioned Watch This Space to create Hidden Tracks – an audio tour linking our then home at the Water Tower to the National Trust property Lyveden New Bield, and a firsthand experience that used new technology, ambient music and performance to create a unique vision of the past. For this week’s Fermynwoods Friday, photographer Kate Dyer reflects on where this walking tour has taken her.

In the early 00s I would sometimes visit Fermynwoods Gallery. I didn’t know much about contemporary visual art, but the Water Tower was a beguiling venue, the work was interesting (if sometimes incomprehensible to me) and occasionally there was the opportunity to meet some of the artists – thank you Sue Bonvin and Andrew Eden.

One Sunday afternoon the art was not only on the walls. We were each fitted with headphones and MP3 player and shooed outside to encounter characters and scenes narrated via the headphones and played out from the Water Tower to the woodland on Harley Way and on to Lyveden New Bield.

Full disclosure: my MP3 stopped working within about thirty seconds and I didn’t know who to ask for help with it. Anyway I was enchanted by my silent movie version of the action: a Friesian cow staring over a fence at us (subsequently seen sprinting very bipedally over the furrows and disappearing behind hay bales to re-emerge as another character); a girl with flaming red hair presenting white flowers to a young boy intently focussed on what his headphones were saying; the same girl dancing with an umbrella against the backdrop of stormy clouds and Lyveden New Bield; and finally to the New Bield itself where people appeared and disappeared in its many blind windows.

This piece (I learned subsequently) was commissioned from Watch This Space to connect work by sculptor Peter Randall-Page displayed at the Water Tower and at Lyveden, using that landscape and its history to create a mobile narrative.

Move on a few years:

Accompanied by my own personal angel at the start, I am walking at one mile an hour (one mile an hour!) along Holkham Beach, encountering sounds and smells and sporadic installations over three hours. This is “Walking”, a Robert Wilson project.

Standing on Prebends Bridge in Durham, soaked and cold, watching luminous white smoke pour from the cathedral crypt into the coal-black River Wear. This is “Fogscape” by Fujiko Nakaya and Simon Corder.

Footsore in a run-down shopping centre in South Wales, I have watched a scene of betrayal played out on a market stall, crowded with my predominantly female fellow shoppers. Suddenly their conversations falter and at no discernible signal their voices rise in the beautiful anthem that has punctuated all of the Port Talbot Passion. All the hairs on the back of my neck rise with them.

All these (and similar) experiences have moved and charmed and changed me. I have learnt that to engage with site-specific work takes time and effort and money and that this investment can be repaid many times. I think I may have taken the first step on this path at Fermynwoods. 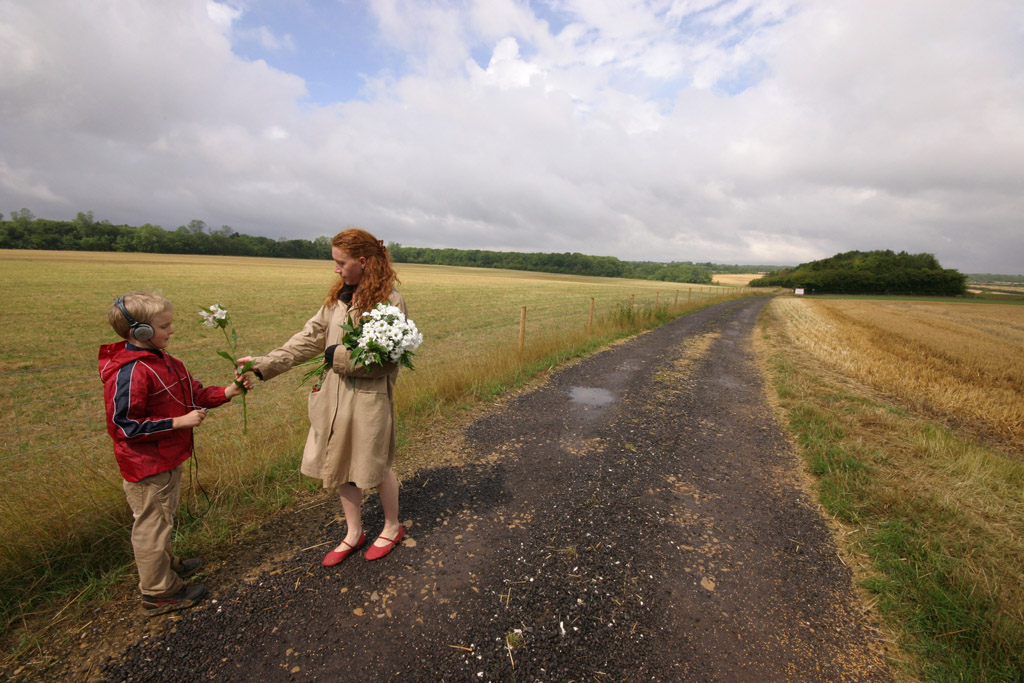 Watch This Space were founded in 2001 by Metro-Boulot-Dodo and Bathysphere Studios.