Habitat was a 2013 series of temporary, site-responsive interventions and sculptures made by artists in residence exploring real and imaginary places where people and wildlife co-exist. Researched by independent curator and writer Angela Kingston, it was also an opportunity for Fermynwoods Contemporary Art to make themselves at home at Barnwell Country Park.

Throughout Habitat, artists Suky Best, Sophie Herxheimer, Alastair Mackie and Klaus Osterwald, invited us to imagine how our perception of the world could be altered through a different understanding of the way animals, birds and insects relate to their natural surroundings.

Presented on an old television monitor inside Barnwell Visitor Centre, Suky Best’s film 54 Morning Lane, saw digitally collaged owls disrupt the domestic scenes of an ordinary suburban home in a 1940s British film. Occasionally camouflaging themselves against the wallpaper, it was as if the birds had lived in the space before humans accidentally enclosed them in bricks when the home was built. “When the house is empty they come out to play.”

Klaus Osterwald has been collecting sounds since 1998, when he began “artistic eavesdropping” – constructing hydrophones to make underwater sound recordings of the acoustic communication between fish. For Habitat, Klaus created Donatus-Subaqua, a spatial installation near the lake in Barnwell Country Park. Visitors to the hide looking out onto the water were able to eavesdrop on a surprising variety of underwater sounds, such as gas bubbling up from the bottom, plants producing oxygen, and the calls of waterboatmen. There were also many unknown sounds, which Klaus referred to as “voices”.

Fermynwoods have occupied a variety of habitats over the past twenty years and have often benefitted from our ever reliable technician, Andy Eathorne. I have fond memories of Andy rowing out across the lake to install Klaus’ work and almost managing to stay dry. I imagined Andy as the subaquatic voices each time I experienced Klaus work.

Alastair Mackie described his work, Roost, as “a habitat up in to the sky, away from the human dominion, to that of the birds – a kind of offering”. This was in the form of two nesting structures, raised high up on twin poles and positioned within the park. Seemingly respectful of the artwork, the local wildlife were interested but chose not to take up residence inside the sculptures. However the works themselves proved so popular with members of the public that they remained in situ for two years beyond the end of the exhibition.

Sophie Herxheimer was our Artist in Residence during summer 2013. Working with diverse groups and individuals in Northamptonshire, Sophie exchanged ideas about different notions of home, journeys, and how we live, on and off familiar ground. With fairy tale embellishments these stories were brought to life through Sophie’s inky paintbrush, seemingly in real time as she listened to members of the public. Once a story had been shared, participants received Sophie’s illustrated version of events, capturing the essence of the conversation and hinting at much more beyond. These drawings also formed props and furnishings for the Kingfisher Hut, which was inhabited during the exhibition opening weekend.

This was the first time Fermynwoods had the opportunity to work with Sophie Herxheimer, an artist who has since been a more frequent visitor to our habitat, in whichever location that has been. Look out for forthcoming Fermynwoods Friday posts where Sophie is sure to feature in more of our favourite activities over the past 20 years. 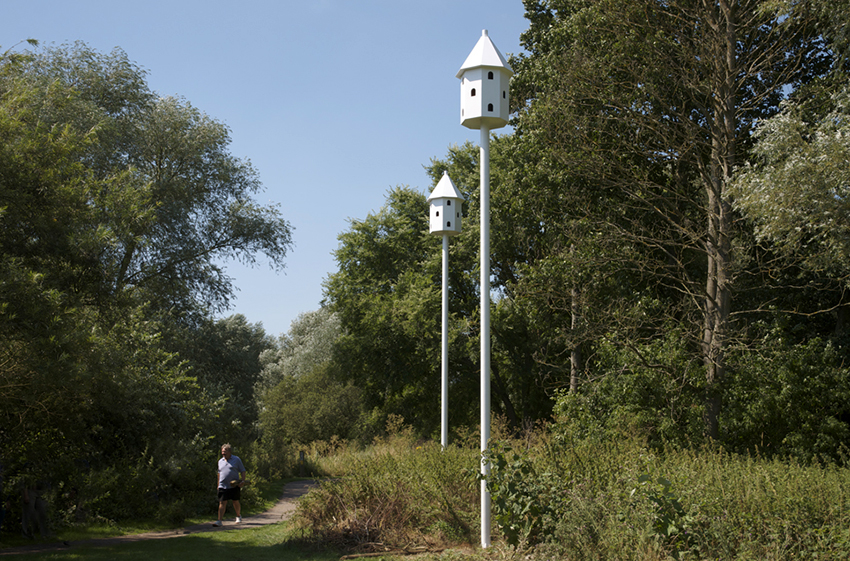 Habitat was funded by Arts Council England with support from Northamptonshire County Council.