Double Signature was a 2009 exhibition of work by four artistic partnerships of artists who made the particular choice to work collaboratively: Boyd & Evans, Bryan and Laura Davies, Helen Evans and Heiko Hansen (HeHe), and Susan Bonvin-Andrew Eden.

Curated by Susan Bonvin and Andrew Eden at The Water Tower, the idea behind the exhibition grew out of discussion between the curators and our original artistic director, Rosalind Stoddart, spanning 2007-2008.

The exhibition contained a catalogue essay by Anthony Howell reminding us that traditionally “Collaborators get shot.” Anthony collaborated alongside the exhibition himself, with a Tango Schumann performance with dance partner Lindi Köpke, and a tango workshop for the public.

Susan and Andrew collaborate again for this week’s Fermynwoods Friday.

The idea of putting together a show by artists who worked as a permanent joint identity was exciting and intriguing. The concept was also challenging since we could find little evidence of previous exhibitions surveying this theme. Furthermore, the project was personally relevant to our own experiment, begun three years earlier, to combine our personal art careers and work as a shared identity. Now, 12 years later, nearly all our studio time is spent working as a duo. Curating ‘Double Signature’ was the catalyst that confirmed our growing realisation of the breadth of possibilities that this way of working can present.

Our final line-up of exhibitors consisted of four pairs of artists, who both lived and worked together. There were some parallels but also some surprising differences in their approach to collaboration. Brian and Laura Davies worked together in clearly defined roles, and their 3D work was, perhaps, similar to an architectural practice where separate skills are easily identified. At the other end of the scale, it was not possible to separate the contributions of Boyd or Evans by analysing the result. In the case of HeHe and ourselves, contributions were merged but perhaps less fused.

From the evidence of the work itself, and from the contributions that the artists made to the catalogue and to the seminar that was part of the exhibition, the combining of talents was an energising process, and one that produced outcomes that were strikingly different from either collaborator’s individual work [when this was available]. We have in our mind a follow up of ‘Double Signature’ that would focus on the concrete advantages and disadvantages of partnership, and include more aspects of collaboration, including working with collaborative partnerships involving three or more artists, and again to embrace a wide range of media and technology. 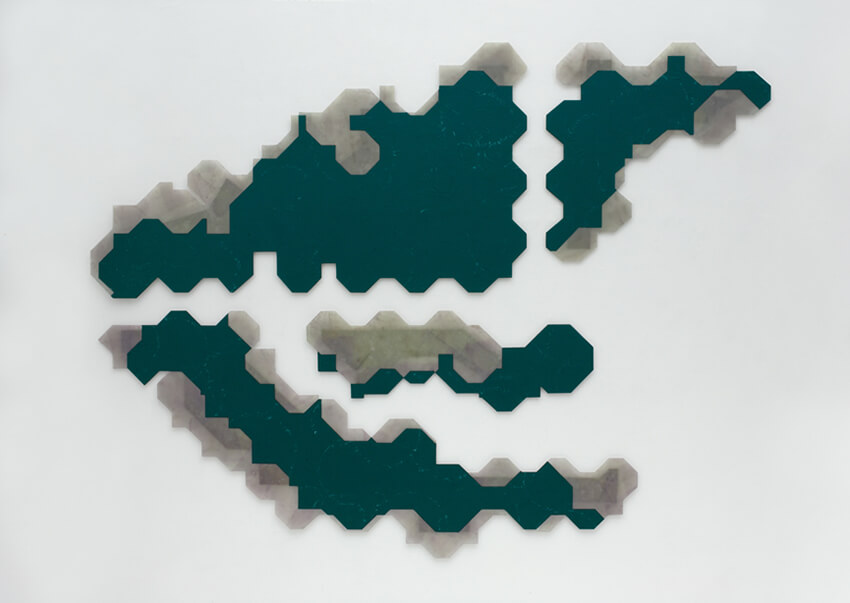 Catch up with our Fermynwoods Friday posts each week looking back on some of our favourite projects over the past 20 years of Fermynwoods Contemporary Art.