In 2012, Owl Project were roosting at Sudborough Green Lodge and hooting in the adjacent village, Brigstock. Unlike the owl in our logo, these Owls were Simon Blackmore, Antony Hall and Steve Symons. A collaborative group of artists who work with wood and electronics to fuse sculpture and sound art, creating music making machines and objects which combine pre-steam and digital technology.

This led to the invention of a series of beautiful wooden treadle-powered music making machines. Sawmill inspired circular saws, laser cut so their shape came from either an audio file of white noise or a series of sine waves that were mapped to the outside of the disks. Their “Bi-Saw Oscillator” used the motion of two old handsaws moving through a light beam, in conjunction with custom software, to create further electronic loops and beats.

As part of their residency Owl Project visited Brigstock Latham’s Primary School. A school assembly introduced students to the work of Owl Project, as well as other artist-inventors throughout history. Before students were encouraged to invent their own sound making machines from lights and electronic components, using hand cut paper stencils to mimic early synthesizer technology.

The culmination of their residency was a live performance in Brigstock Village Hall. In a nod to a previous Brigstock resident who allegedly used to play the saw, Owl Project used their machines to produce an audio-visual performance unlike any other. Two local nonagenarians described it as

“Extraordinary – when you get to our age it isn’t often you discover something different”.

Students from the Primary School were also awarded with Arts Award certificates for taking part in the project. Appropriately these certificates, designed by our Community Arts Administration Apprentice (the first of which in the region), also doubled up as instruments – the bottom of the certificate wrapped around a comb to make a kazoo.

Look and listen out for Owl Project returning to us in early 2019. This time infiltrating Fineshade Wood as part of our new programme, The Forest is The Museum. 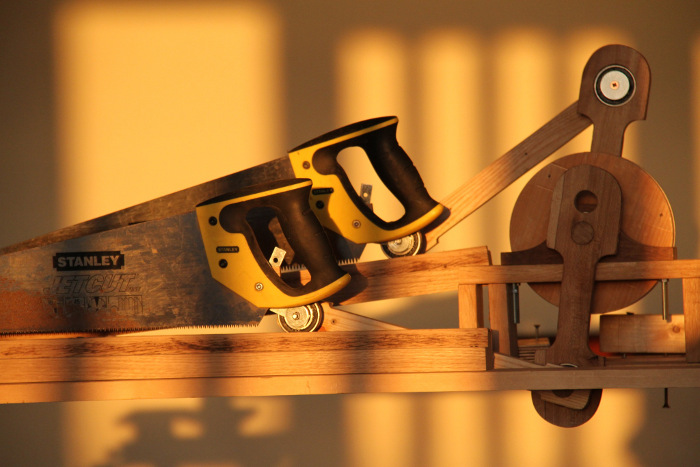