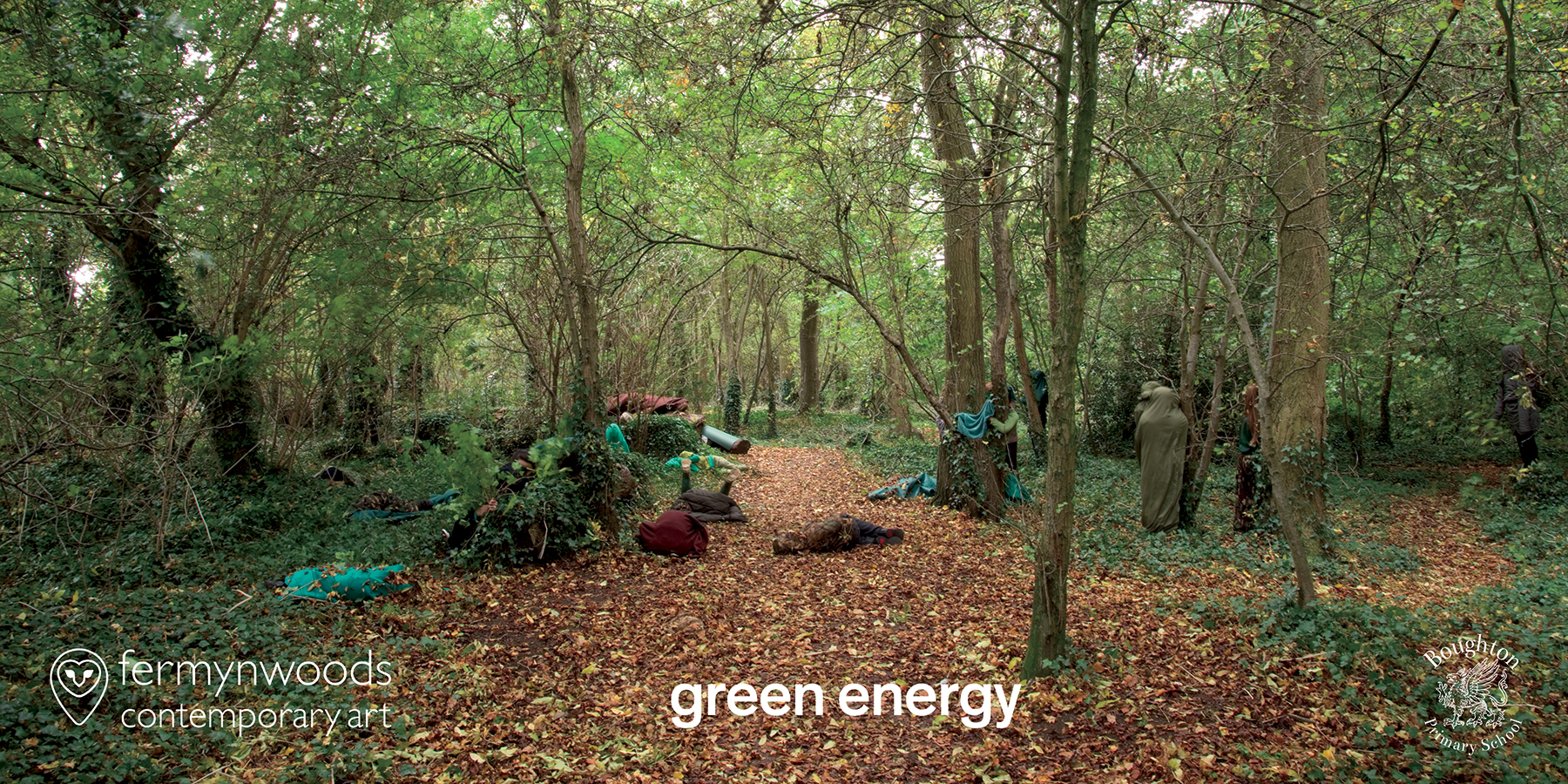 Students from Boughton Primary School have been working with Fermynwoods Contemporary Art and Belgium-based photographer Virginie Litzler to produce a photographic artwork that has been installed on a billboard in Northampton.

During a workshop in Boughton Pocket Park, a class of 28 students and their teachers collaborated with Virginie by choosing poses which partially hid them from sight amongst the trees. At first glance the image shows a woodland scene, whereas on closer inspection the viewer can detect hands, knees, feet and other signs of partially hidden figures.

Inspired by Virginie’s residency in Shanghai, students were challenged to make themselves invisible against natural phenomena, looking more closely at animal camouflage and at the view the camera sees. Where typically the message on a billboard is immediately obvious, this image requires some longer contemplation.

This project was made possible with the kind support from Green Energy, and follows a similar image on a billboard in Corby made by students from Lodge Park Academy.