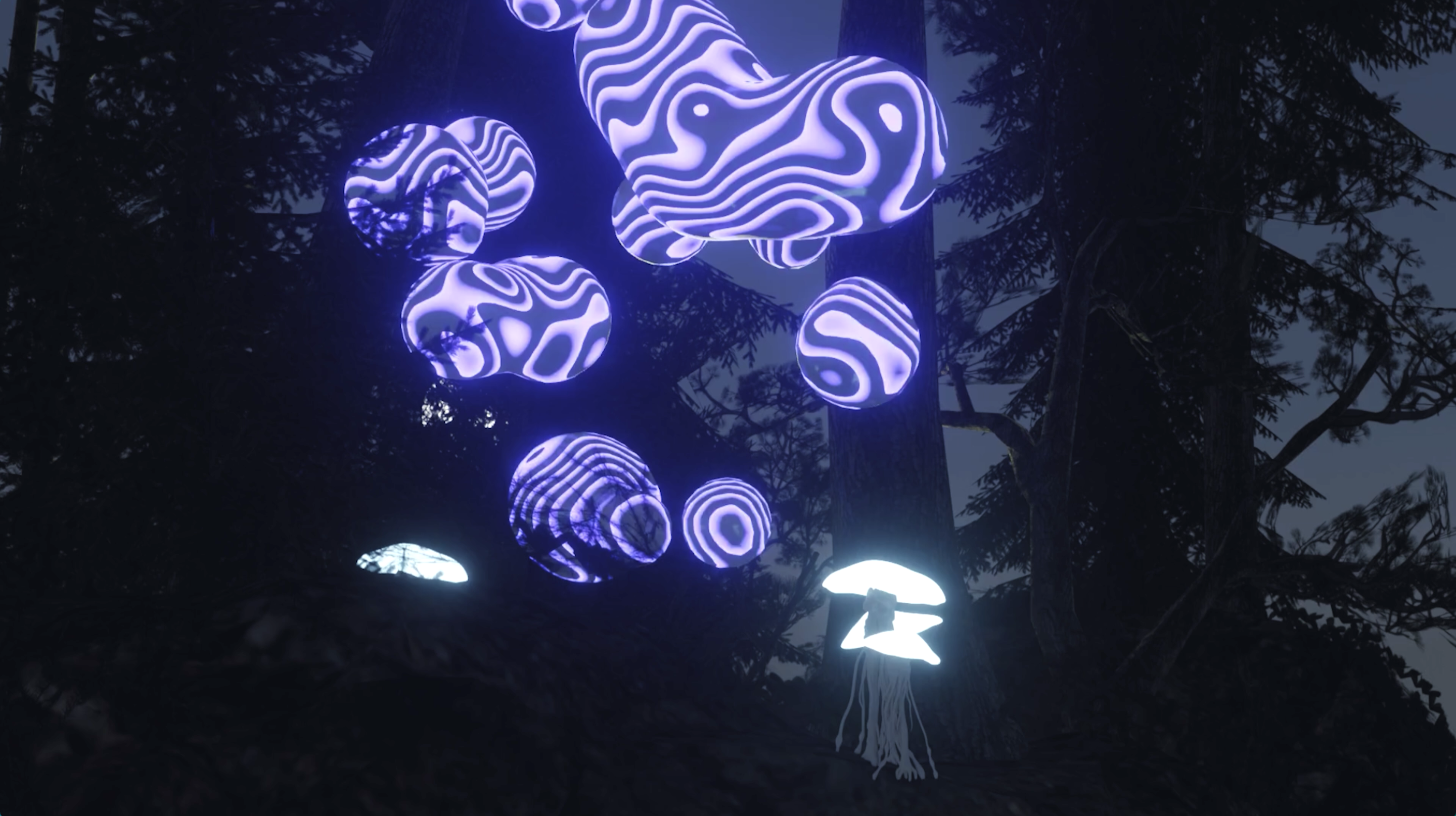 Responding to the Xylophobia theme through moving image and audio, Veronica Petukhov reimagines the mythological character of Lisovyk (also known in Russian as leshy or borowy, leśnik, leśniczy, lasowik, in Polish), inspired by Slavic folk tales her grandmother would tell her when she would visit her in Odesa in Ukraine. As the story goes The Lisovyk is a seldom seen forest spirit who is mostly harmless but when angered can be treacherous. Veronica reimagines this entity through a 3D environment, layering poetry over an uncanny floating forest, using augmented reality and glitchy visuals to create a hypnotic digital universe.

Veronica Petukhov is a visual artist and VJ, working across creative coding, video editing, 3D rendering and other digital media methods. Born in Italy to parents from the former Soviet Union, Veronica integrates different media in her work, creating augmented reality filters, adding rich layers to her artwork. Her work addresses personal experiences, identity, and political issues. Veronica is also part of the collaborative duo Muto Major, alongside artist Samm Anga, who together blur the lines between the audio and the visual, creating an exciting hybrid form that exists somewhere in the realm of music, dance, theatre and visual art.

You can listen to Veronica and Samm in discussion with our guest podcast curators, Subterra (Marie-Chantal Hamrock and Astrid Björklund), here.

Commissioned as part of Xylophobia, Fermynwoods Contemporary Art’s new two-year programme funded by Arts Council England. Named from the fear of wooden objects or forests, Xylophobia addresses issues of place and belonging which go to the heart of community feelings of exclusion from both the art world and woodland spaces.